A product of immigration, integration, and innovation, Sri Lankan born, Desh Amila, started from humble beginnings before realising his dream was in the West, and migrated to Melbourne, Australia in 2000. Desh has since pioneered his career as an entrepreneur, entertainer, and educator on a global scale. ​
‍
After graduating from Melbourne’s Deakin University with a Bachelor of Arts (Media Arts: Screen Studies and Photography) in 2005, Desh soon realised that this was merely his first step into a world of many successes, many more uncertainties, painful growths and profound realisations.
‍
With a desire to inspire, Desh is on a mission to educate, entertain and enhance the lives of those he connects with. At no point has his career been a simple, single entity – it has always been multifaceted and ever-evolving. From rubbing shoulders with celebrity innovators, to a gradual transition from entertainment to education, before finally bringing the two together, Desh’s career and life story track the journey from consumer, to communicator, to creator. 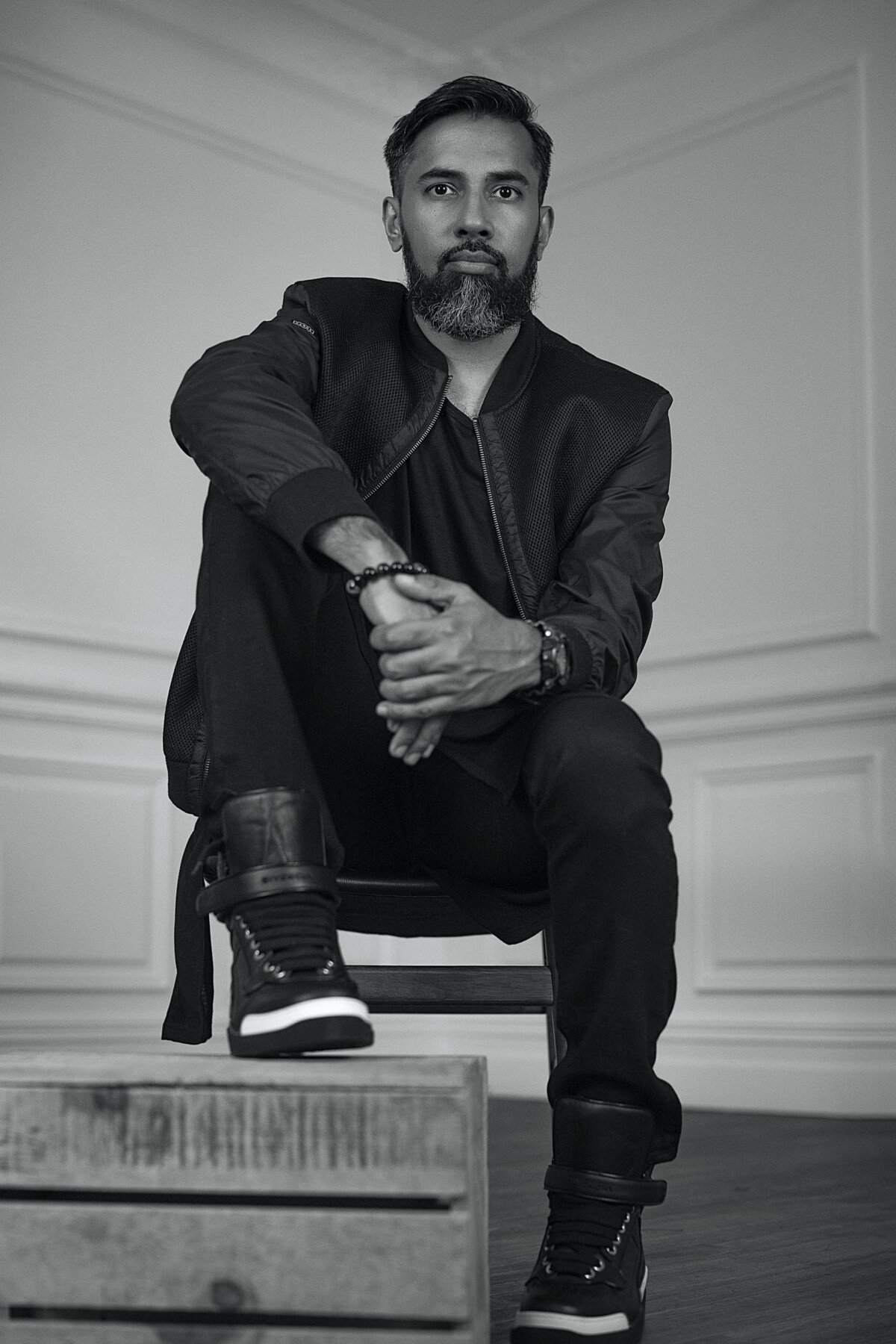 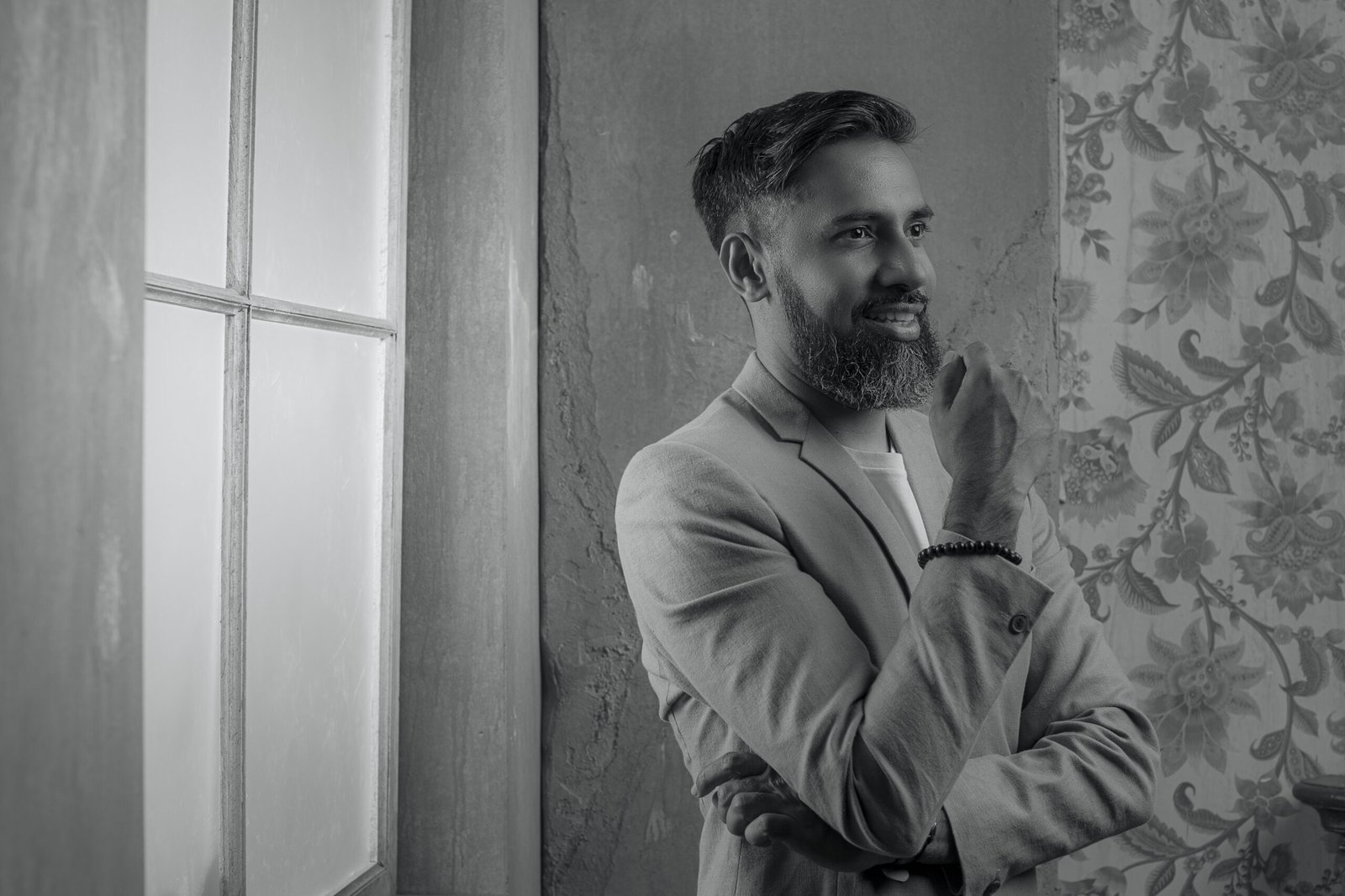 Integrity, commitment and social responsibility have always been at the core of Desh’s values, which in turn has opened the door to an abundance of senior management opportunities early on his career. From his position as COO at online publication Stash Magazine, to founding Australia’s first YouTube festival with international game-changers in the viral video sphere, to his role as CEO of Planet Urban/Greystone Ent Pty Ltd where he created and managed Australia’s largest urban infotainment portal, Desh is living proof that maintaining a mind-over-matter mentality is the silver bullet to success.
‍
Fast-track a decade of spearheading the events, hip hop and entertainment industries, and Think Inc. is born. The brainchild of Desh, Think Inc. launched with the mandate of creating a community where ideas can be shared, challenged and voiced via hosting world-class events with internationally recognised educators, thought-leaders and scientists. Desh brought to Australian shores and toured to sold-out arenas intellectual heavyweights such as Dr Michio Kaku, Dr Neil Degrasse Tyson, Sam Harris, Dr Brian Greene and Dr Jane Goodall, to name a few.

A passionate advocate for change, Desh Amila is also an active philanthropist. In 2011, Desh acted as a founding member of Sri Lanka Unites (SLU) first diaspora chapter in Melbourne, an organisation created to heal and reconcile the once war-torn country. The role involved overseeing all of SLU’s fundraising and community engagement events in in Australia and Sri Lanka, along with actively participating in forums to discuss pressing issues. The role also involved creating an effective strategy for the annual Future Leaders Conference in 2012, the flagship event of the SLU movement that brings together the top leaders from across the country for a five day residential conference.
‍
Then in 2013, Desh created The Dreamer’s Foundation, the not-for-profit that strives to help ambitious young people pursue their dreams, no matter how big. Through grants, workshops and mentorship with industry leaders, The Dreamers Foundation provides the opportunity for young people to make their goals a reality. The first grant was handed to the aspiring Arzath Areeff aka Rz Omar, a budding musician from an underprivileged rural town in Sri Lanka. With the grant he gained studio time to record music for the first time, along with the opportunity to be mentored by some of the biggest local artists in Sri Lanka. The final product was mastered in Australia and released in November 2013 to critical acclaim.
‍
Living proof of the dream, and that hard work and determination will get you anywhere you want in life, Desh has certified that when the ingredients of imagination, inspiration, initiative and luck come together, opportunity becomes something that you can create, not simply wait for. A pioneering moment in Desh’s career came with producing and co-directing the documentary film, Islam and the Future of Tolerance in 2016. The production is an exposé of how, in a world riven by violence and misunderstanding, prominent atheist author Sam Harris and Islamist-turned-liberal Muslim Maajid Nawaz seek to provide a remedy to the polarising rhetoric and obscurantism around the topic of Islam. 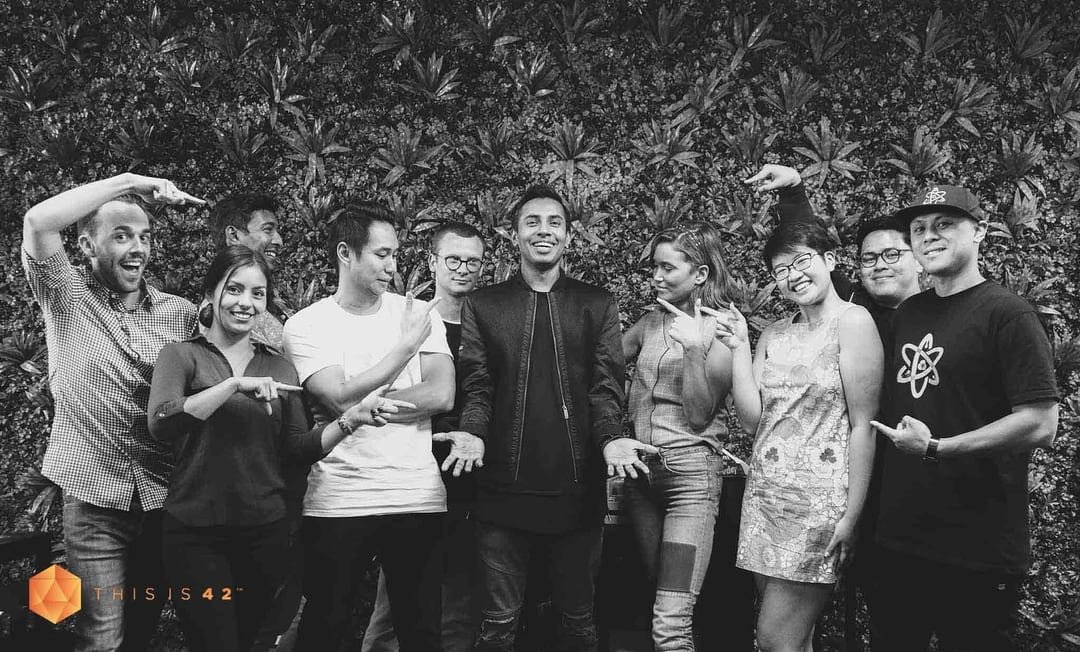 Most recently in 2018, Desh has launched This Is 42. An amalgam of innovation, optimism, and humour, 42 celebrates intelligence in all its diversity through holding events that explore new horizons in fields such as art, science, design, sports, and music. The high calibre speakers leave audiences smarter, sharper, and more inspired than when they walked in. This is 42 connects through tech, and educates through events, and the not-for-profit is also set to launch a digital platform that connects it’s audiences into an inspired and idea-driven community. Furthermore, 42 will donate a portion of ticket sales to send young people to school and foster the next generation of big thinkers.

GOT A PROJECT IN MIND?

Desh Amila’s inspiring and innovative presentations will resonate with educational facilities, large organisations, startups, media or not-for-profit businesses seeking to understand how to be a game-changer in the ever-changing and evolving world dominated by technology, culture, information and more. Uplifting, informative and thought-provoking, Desh Amila is the answer to creating an entrepreneurial mindset in the 21st century and beyond.